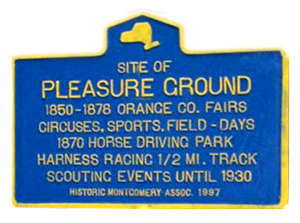 It’s inspiring that our present Village officials have preserved this historic spot of beauty for future residents to enjoy and relax within. We are truly protecting one of Montgomery’s natural resources. 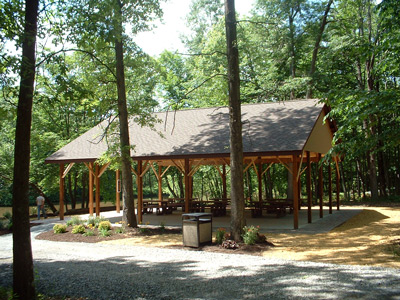 The Pavilion is open to the public on a first come first serve basis.

Reservations are not needed nor is there a rental fee.

Alcohol and open grills are prohibited.

Boat Launch is open to the public for canoes and kayaks. No motorized boats are allowed. 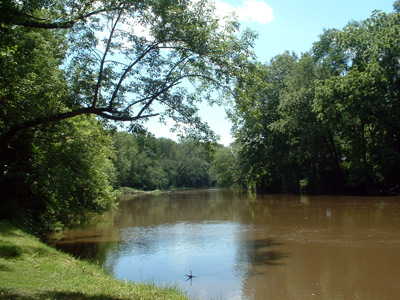 A brief history of the Pleasure Ground property.

1715
The Village of Montgomery was part of the original Archibald Kennedy Patent, which was part of the larger Evans Patent conveyed by the English government in 1698. It then became part of James Ward’s estate and was called Ward’s Bridge.

1850-1878
Served as the original site of the Orange County Fair. Vast farmland surrounded the property on both sides of Union Street.

1861
Alanson and Elizabeth Hawkins Sears, the descendents of early prestigious Revolutionary War families, purchased a large portion of the farmland that surrounded Union Street for a dairy farm. They lived in the farmhouse that is still located at 118 Union Street and raised their eight children. Their youngest daughter, Hannah W. Sears, inherited the land.

1870
Montgomery Driving Park Association formed. It comprised of local businessmen and gentry who pursued the pleasures of Harness Racing. They purchased 9.7 acres along present Bachelor Street and held competitions with surrounding areas. Simon Walsh, a local feed dealer, was an excellent trainer and driver and was known for many racing triumphs. As a large bell tolled at the start of each race, the two bandstands were filled with cheering spectators. Races continued on the oval until World War I. The competitions were moved to Goshen, and the Montgomery oval was used for training.

1890’s
The Montgomery Community Club, comprised of Alumni of the Academy High School, enjoyed annual summer reunions, hotel parties, weekend dramatic and cultural events. Many of the attendees traveled long distances to the events. Pleasures on the Wallkill River included picnics and decorated boat regattas. The chief goal of many of the events was to improve education, and generous financial aid was given to organize and continue the Montgomery free Library, then located at 91 Clinton Street. James Tice, along with his son Charles, conducted butchery at the Slaughterhouse at the Western end of the racetracks and supplied meat to the local homes and shops. After World War II, several of the barns located on the property were removed due to safety reasons.

1918
Hannah Sears married George E. Senior, the son of the prestigious dry goods and clothing merchant. With no interest in farming, the entire original Powell farm, including the racetrack and the home located at 188 Union Street, was sold to Dayton C. and Pearl MacMurtrie of Stony Point. The MacMurtrie’s began their extensive “MacMurtrie Dairy Business”. With their 35 quality Holsteins, they walked along dirt roads to transport the animals to new residence for their dairy needs. MacMurtrie, a sprightly gentleman, delivered fresh milk in pails daily, leaving them at resident’s kitchen doors. Years later, glass bottles with paper tops were used. They were sterilized in the basement of their home by Pearl MacMurtrie and cost eight cents a quart. They housed their animals in large red barns, situated across Union Street, located in the present Rolling Meadows development. For many years two large sandbanks near Riverside Cemetery provided gravel and sand for village street improvements. Dayton MacMurtrie built a dam to harness Union Street brooks providing a pond for ice-harvesting and summertime refreshment for his cows. Large pastures were completely cleared of brush and trees.

1980’s
The entire remaining “Powell-Sears-Senior-MacMurtrie” farm property was sold to developers “Torsoe Brothers”. The Pleasure Ground property was renamed “Harness Acres”, while the remaining farmland was named “Rolling Meadows and developed into houses. Because of the ingenious far-sightedness of the Village Attorney Thomas R. Hadaway, the Village obtained land in the upper Union Street area, which the Department of Public Works Buildings and the Police Station are now located.

1998
Village of Montgomery residents voted to purchase the entire tract of property stretching from River Street to Bachelor Street, a total of 50 acres. The property would be renamed back to the original “Pleasure Ground” and would be utilized for parkland, sports, preservation, and for the protection of the Wallkill River’s beauty. The village received assistance from NYS Clean Water-Clean Air Bond Act of 1996.
Dedication of gristmill stone from Wallkill River’s early mill.

The Hadaway family in benefit of William D. Senior, the descendant of the Sears-Senior family, donated the stone. The Historic Montgomery Association provided the marker explaining the Pleasure Ground History. 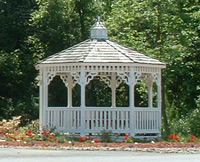 2002
An attractive Gazebo was built and donated by Senior members of Girl Scout Troup 284, Melissa Barreto, Jill Helms, Jessica Coons, and Laura Pearce, as a memorial to the victims of September 11, 2001. The floor of the structure has a patriotic tile mosaic designed and created by the troop.

The girls landscaped the gazebo with flowers and shrubbery including two dedication stones on both sides of the entrance. The project earned them a Gold Award, the Girl Scouts highest achievement badge. 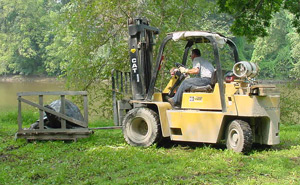 2004
Jeffrey Murphy of Boy Scout Troop 386 built an attractive rustic footbridge over winding brook. The bridge provides access for use of additional trails on the southern tip of the property. Murphy obtained his Eagle award for this project.

Landscaping improvements were done by Junior Girl Scout Troops 81 and 722, and by the 4H Explorers Club.

Other family memorials from the family of John Haskin and Thomas Harris contributed for the construction of the Pavilion, etc.